Hydrocephalus is a condition in which excess fluid builds up in the ventricles (cavities) and subarachnoid space within the brain. The brain’s ventricular system transports cerebrospinal fluid (CFS) through an internal part comprised of four chambers (ventricles) and an external part including the subarachnoid space. This colorless fluid is produced in the brain’s lateral ventricles and has three main functions:

When excess CFS builds up in the brain’s cavities, it causes them to widen, which puts harmful pressure on the brain.

Hydrocephalus can affect anyone, although it is more common in infants and adults over the age of 60. One out of every 1,000 infants is born with this condition. The only way to treat hydrocephalus is with surgery.

Ventricles of the Brain

There are also two subcategories of hydrocephalus, these are:

There are several different types of hydrocephalus. These include:

Layers of the Meninges 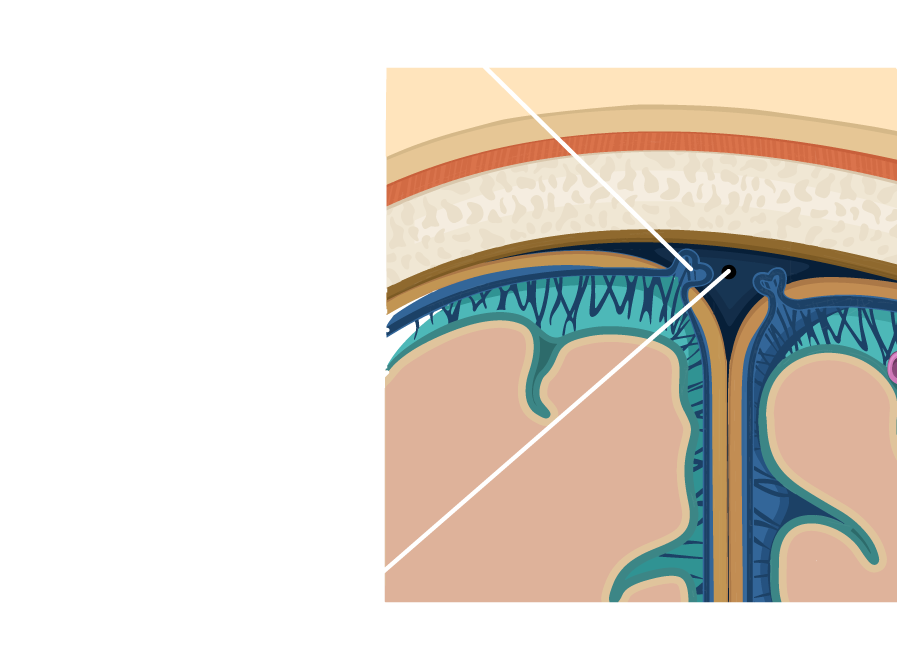 Signs and symptoms of hydrocephalus in infants include:

Signs and symptoms of hydrocephalus in childhood include:

Symptoms of adult-onset hydrocephalus include:

The cause of hydrocephalus varies depending on the type.

Compensated hydrocephalus is sometimes seen in elderly people who are suffering from brain diseases such as Alzheimer’s. It occurs when the brain begins to shrink.

In many cases of normal-pressure hydrocephalus, the cause is not known (idiopathic). In other cases, it may be due to brain injury, certain types of tumors, inflammation, or an infection.

Hydrocephalus ex vacuo is caused when the brain has been damaged due to trauma or stroke, causing a build-up of CSF.

Often hydrocephalus can not be traced back to its original cause. However, several medical problems are known to be possible triggers for this condition.

Risk factors for hydrocephalus which occurs at or shortly after birth (congenital hydrocephalus) may be increased by:

Risk factors that can trigger hydrocephalus beyond childhood include:

Unfortunately, there is no cure for hydrocephalus. The only treatment that is currently available is brain surgery. There are two forms of surgical management for hydrocephalus, these include:

This is the most common form of treatment for hydrocephalus. The procedure involves the implantation of a device called a shunt. This is a small, flexible tube which is inserted into the brain’s ventricles. The shunt contains a small valve which maintains the correct pressure within the ventricular system. The tube gathers CSF in the brain and transports it to another area of the body where it can easily be reabsorbed. The shunt exits the brain via a small hole in the skull and connects to an outflow catheter which runs under the skin to the area of the body where it will be deposited (drainage site).

Prior to the surgery, you will be given a general anesthetic. A small area behind your ear will be shaved in preparation for inserting the shunt. After making a small incision behind your ear, the surgeon will drill a small hole into your skull. A catheter will be inserted into the brain via this hole. A second catheter runs from the hole, behind your ear, to your abdomen. This tube runs under the skin and allows the unwanted CSF to drain. As the CSF pressure in your skull increases, the shunt will automatically trigger and begin draining fluid.2

This procedure is commonly used to treat obstructive hydrocephalus and aqueductal stenosis. Like shunt surgery, the aim of ETV is to divert the flow of CSF and ease pressure in the brain’s ventricular system. The main advantages ETV has over a ventriculoperitoneal shunt is that there is no need to implant anything in the brain, the surgery is less invasive, and there is a lower risk of complications following the procedure. ETV also has a quicker recovery time than the shunt surgery.

The ETV procedure is used to create a small opening at the base of the brain’s third ventricle. CSF flows from the third ventricle to the fourth ventricle through a tube called the cerebral aqueduct. When this passageway becomes constrained or blocked due to an infection, tumors, chiari malformation, or abnormal brain development this is called Aqueductal Stenosis. The burr hole in the third ventricle allows excessive CSF fluid to drain naturally into the subarachnoid cisterns (specifically the chiasmatic and interpeduncular cisterns) bypassing any obstruction in the cerebral aqueduct. Now within the subarachnoid cisterns, CSF is properly reabsorbed into the bloodstream decreasing the buildup of CSF and pressure on the brain. This procedure is suitable for child and adult patients who have been diagnosed with obstructive or non-communicating hydrocephalus.

Typically, patients remain in the hospital for two or three days after the surgery.

CSF flow through the brain

To learn more about Hydrocephalus and discuss your symtoms and treatment options contact us today.

The earlier hydrocephalus is diagnosed, the better the outcome will be. Recovery will depend on the type age of the patient, the type of hydrocephalus and the form of treatment. Even after surgery, it may take several months to see the full benefits. Physical, cognitive, and occupational therapy are beneficial to recovery post-surgery.

The benefits of physical therapy include:

The benefits of cognitive therapy include:

The benefits of occupational therapy include:

How many people are diagnosed with hydrocephalus each year?

Around 75,000 children and adults are discharged from American hospitals with a diagnosis of hydrocephalus.3

How is CSF produced?

A majority of CSF is produced by ependymal cells (specifically epithelial cells) within the choroid plexus lining the lateral ventricles. The choroid plexus is simply a network of cells lining the ventricles which main functions are to produce CSF and prevent harmful substances from entering the brain. An adult produces roughly 650mL of CSF a day or 27mL of CSF an hour. 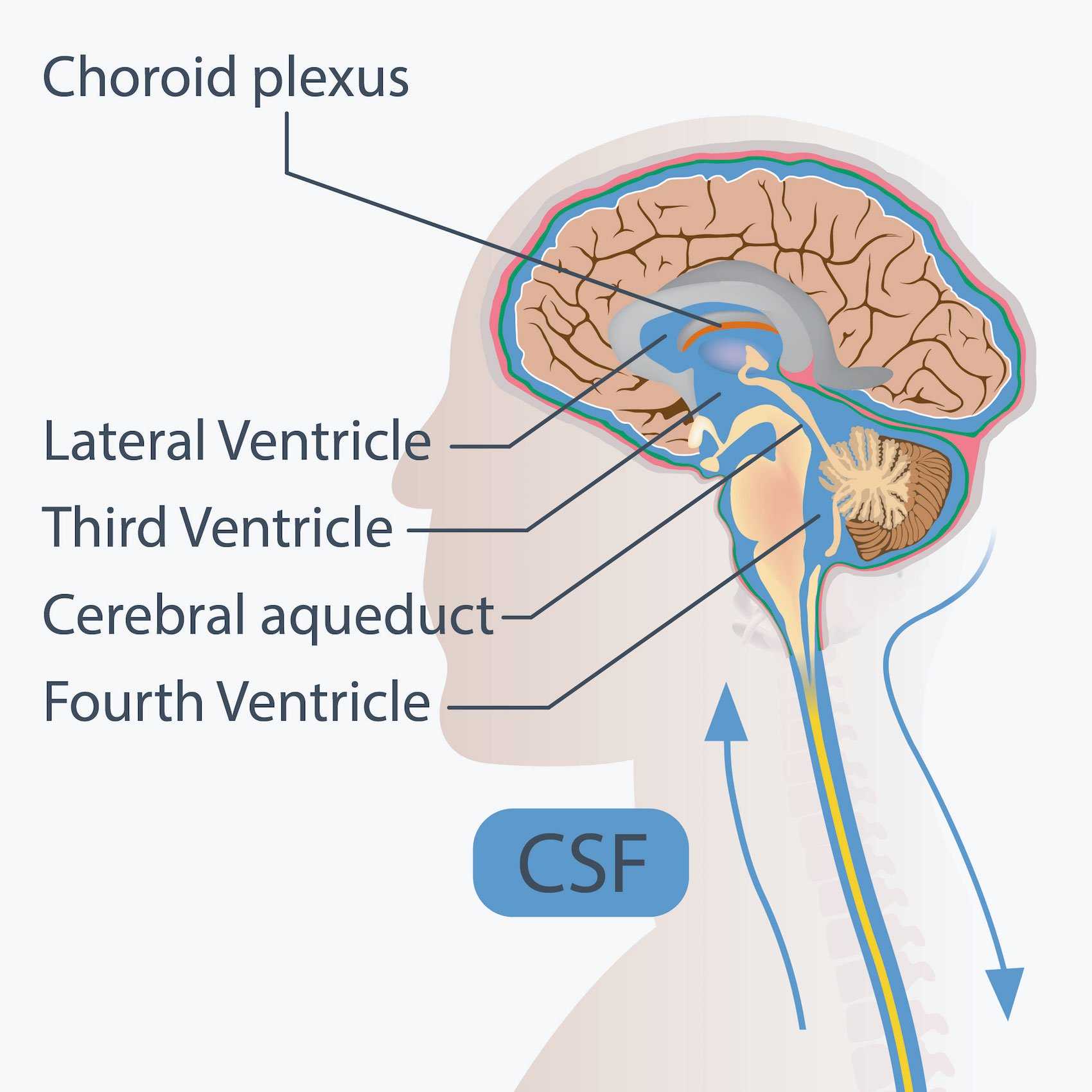 What are the layers of the meninges?

The meninges are the layers of membrane and tissue located in between the brain (cerebral cortex) and the skull. Subject to further subcategorization, they are broadly recognized as three layers: the pia mater (closest to the brain), arachnoid mater, and the dura mater (outer layer located right before the skull). 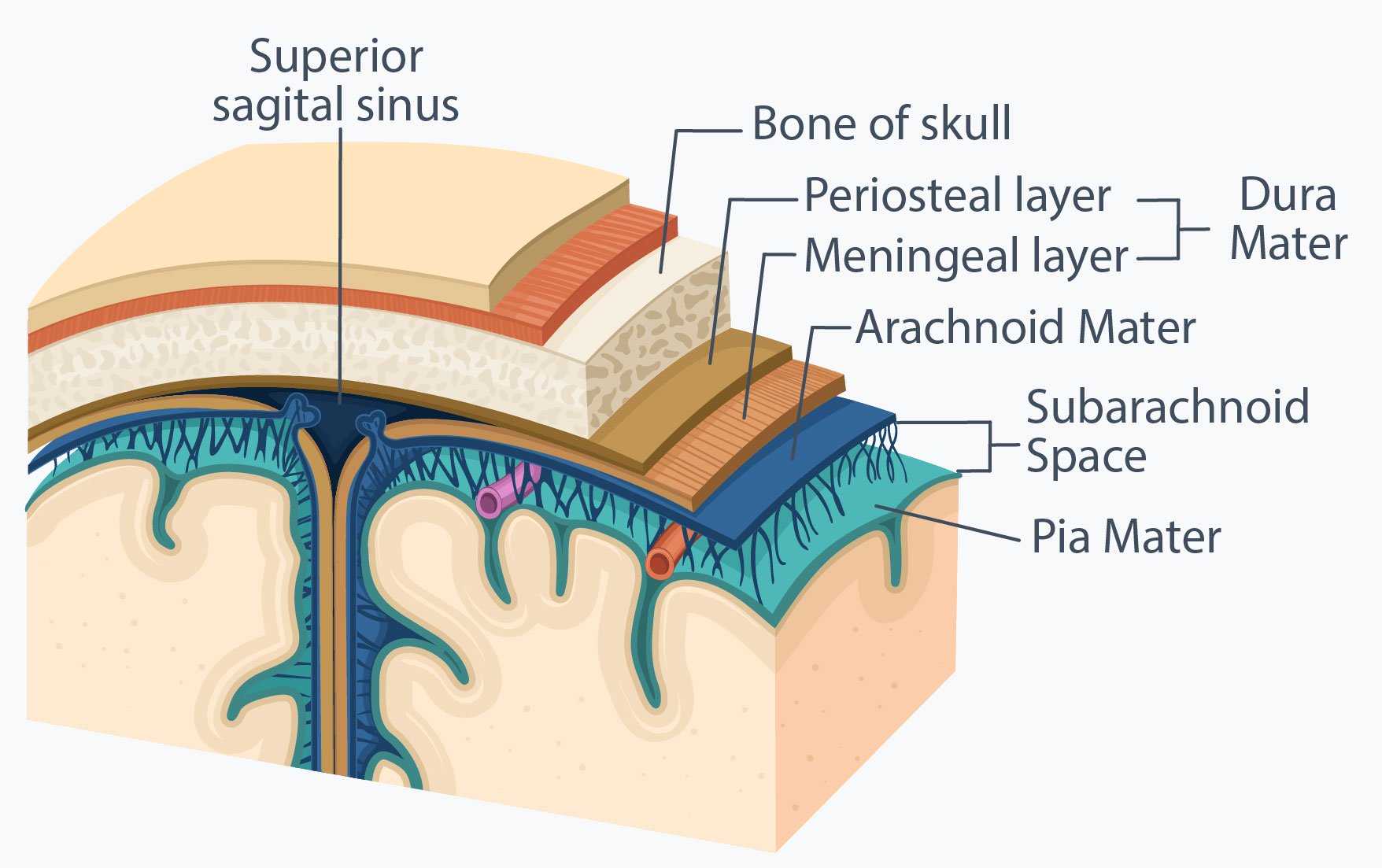 How is CSF reabsorbed?

Can hydrocephalus be cured?

Currently, there is no way to cure hydrocephalus. The only treatment option is brain surgery to manage the symptoms.

Does congenital hydrocephalus run in families?

In some cases, congenital hydrocephalus can run in families.  Medical experts believe that this form of the disorder may be caused by genetic abnormalities that are passed on to the child from one or both parents.

What is the survival rate or someone with hydrocephalus?

Many infants who are born with hydrocephalus have a normal life span and between 40-50 percent have normal intelligence.4  The prognosis for adult onset of hydrocephalus will depend on the cause and the nature of the disorder.

Contact us today to if you suspect that you are having signs or symptoms of hydrocephalus. 786.871.6856